Can planets reveal the secret powers of your personality? 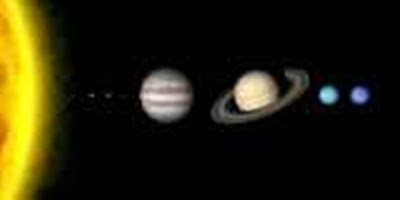 What are Planetary Rulers? And do they empower your personality?

Well,  each day and month we live the seasons change and the years pass. Yet,  it's amazing!  How much we depend on the earth and eight other planets to revolve around the sun with order and precision.

As a matter of fact,  astronomers are capable of calculating exactly where each planet will be at a specific time in space.  Oh! Yeah!  It's extraordinary!  When you consider how the sun, moon, and planets are set in a particular position at the time of your birth.

In fact,  many astrologers believe that the exact position of the planets at your time of birth may not be repeated for millions of years. Wow!  This would make your astrological birth chart as unique as your fingerprint.

More importantly,  it is understood that the various planets and their positions within your birth chart have definite power and influence on your personality. You might say,  how is this possible?

Well,  each sign of the Zodiac has a relationship or partnership with a planet. The planet is referred too as the "Planetary Ruler." The Planetary Ruler imparts certain qualities, abilities, or powers to a zodiac sign.

For example,   Jupiter is the Planetary Ruler over the Sagittarius sign. Therefore,  the Sagittarius personality is empowered by the planet Jupiter.  So,  what are the powers of Jupiter?

The powers of Jupiter will influence a Sagittarius to seek opportunity through freedom of action. In fact,  the sign of Sagittarius is empowered with an independent and adventurous spirit.

Overall,  Sagittarius is an outspoken, happy-go-lucky, free thinking sign that will show flashes of intuition. They even know how to smile through all adversities.

Oftentimes, they will demonstrate the power of changing negative situations with their optimistic personalities.

(2.)  Mercury,  however, is the planetary ruler of both Gemini and Virgo. Mercury is the planet nearest to the sun and is the smallest planet in our solar system. But,  how does the power of Mercury express itself?

It rules over daily travel, the ability to assimilate information, and high-strung movements. Consequently, these powers of Mercury are expressed through the Gemini and Virgo personalities.

It has even been said that Venus makes life beautiful.  In fact, Venus imparts the power to appreciate beauty, affection, friendships, social graces, and materialistic values to both Taurus and Libra personalities.

(4.)  Neptune is the eighth planet in our solar system and it governs or rules over Pisces.  But, how does the power of Neptune express itself through the Pisces personality?

Well,  the Pisces sign is empowered with compassion and sympathy. This sign is capable of bringing benefit to the suffering of others.  In addition,   Neptune imparts the power of artistic imagination, creativity, psychic and visionary powers.

(5.)  Mars is the red "fiery" planet that glows in the heavens and rules the Aries personality.  It is the fourth planet from the sun. Mars imparts Aries with brain power, nobility, passion, and competitive spirit.

In addition,  the Aries sign is empowered with initiative, force, energy, focused power and the spirit of enterprise.  By means of the planet Mars,  an Aries person can be an inspiration and hero to those given the least chance of winning.

(6.)  Uranus is the seventh planet from the sun and it tilts in an odd position on its axis. It almost lies completely on its side.

Consequently,  Uranus is the planet of the unusual and unexpected.  It rules over the sign of Aquarius.

(7.)  Pluto is the Planetary Ruler of Scorpio.  It is the planet of regeneration, annihilation,  and total transformation. Pluto gives Scorpio personality the powers of determination, observation, penetrating insight, and investigative abilities.

(8.)  Saturn is the planet of diligence, steadiness, integrity, limitations, responsibility, and hard work. Saturn is the Planetary Ruler of Capricorn. Saturn will express itself in a stern and restrictive manner.

Saturn gives Capricorn personality the power to endure and to overcome obstacles and hardships in life.  In addition,  Capricorns are empowered with patience, trustworthiness, inner strength and courage.

(9.)  Furthermore,  the Sun is the Planetary Ruler of the Leo sign. The Sun resides in the center of our solar system.  Of course,  it burns with extraordinary fire and is an enormous source of warmth and power for us all.

Similarly,  Leo people can be large givers of warmth and joy to their family and friends. The Sun has empowered the sign of Leo with pride, dignity, and generosity. Overall,  Leo is empowered with a very bright and sunny attitude.

(10.)  Last,  but not least,  the Moon is the Planetary Ruler for the sign of Cancer. The Moon brings about emotional, intuitive, and very deep feelings to the Cancer personality.

Sometimes they may be       overly sensitive, insecure, or crabby.  However, they are very caring and protective of the ones they love.

Many Cancers have artistic and creative qualities.  Also,  they may have a high sense of appreciation for material things such as antiques and other valuable property.

If you were born of the Zodiac sign of Cancer you may be well suited for a career as a nurse, antiques dealer, chef (because of their love for food), counselor,  interior decorator, homemaker, hotel manager or musician.